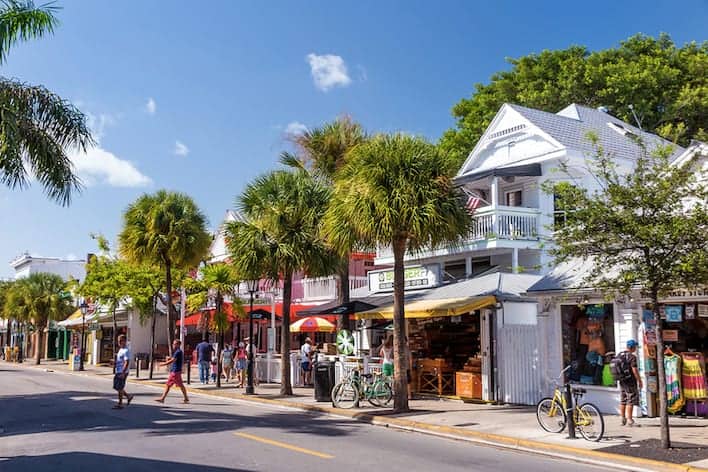 NAPLES, Fla. – It may be getting more expensive to live, but Southwest Florida remains at the top of the “Best Places to Retire” in the country, based on the latest research by U.S. News & World Report. The state’s metros led the way in the annual findings released this morning by the magazine, with the first four in this order: Sarasota, Naples, Daytona Beach and Melbourne. U.S. News & World Report’s Florida rankings in nation’s top 20 1. Sarasota 2. Naples 3. Daytona Beach 4. Melbourne 6. Tampa Bay 7. Fort Myers 8. Port St. Lucie 10. Pensacola 12. Lakeland 16. Ocala 18. Orlando “Many retirees are continuing to dream about a Florida beach retirement,” said Emily Brandon, U.S. News senior editor for retirement. “Sarasota and Naples residents both report a high sense of well-being, and both cities scored high marks for desirability. Sarasota edged out Naples for the No. 1 spot largely due to Sarasota having more affordable housing than Naples.” Despite Florida’s dominance, another state is rapidly rising, and it’s not the usual rivals for retirees, such as Arizona, Texas and California. It’s the commonwealth of Pennsylvania scraping away at its Rust Belt labeling. “Several Pennsylvania cities climbed in the rankings this year, often due to the accessibility of high-quality health care facilities,” Brandon told me, noting efforts being made in places like No. 5 Lancaster. “Many old warehouses and buildings in Lancaster have been transformed into restaurants and bars with a diverse collection of cuisines.” Keystone State areas breaking into the top 25 this year include Allentown (No. 11), Harrisburg (No. 13), Reading (No. 15), York (No. 17), Philadelphia (No. 19) and President Biden’s birthplace Scranton, which catapulted 87 places to reach No. 21. Nearly three quarters of metro areas in the top 25 are located in Florida or Pennsylvania. But it’s hard to compete with the Sunshine State, which besides retirees, already has become a destination for executives buying mansions. Part of a Pennsylvania pipeline In the Know reported on, the CEOs of Philadelphia-based electronics giant Ametek and major retailer Five Below are among those who have moved into estates in the Naples area, where they recently opened corporate offices. “Florida dominates this year’s ranking of the Best Places to Retire, taking eight of the top 10 spots on the list,” said Brandon, who also looked at murder, theft and vandalism as part of the study that solidified the top two slots. “We did see that Sarasota and Naples have lower crime rates than some other parts of Florida.” SOURCE: Article written by Phil Fernandez (OCTOBER 20, 2021) https://www.floridarealtors.org/news-media/news-articles/2021/10/us-news-world-report-fla-has-8-top-10-best-retirement-metros