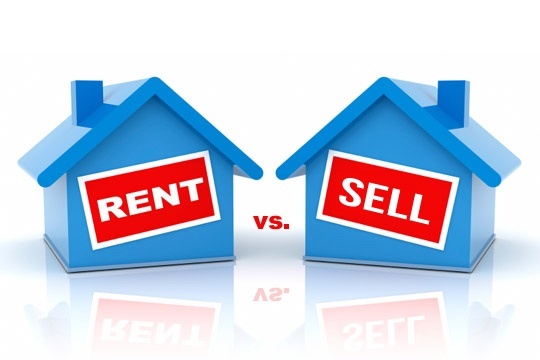 STUART, Fla. – Florida’s unprecedented real estate market has increased single-family home prices this year as mostly out-of-state buyers clinch properties in high demand but low supply. As of June 30, houses statewide were selling for about 21.8% above their long-term pricing trend, according to researchers at Florida Atlantic University and Florida International University. The Treasure Coast is no exception, as median sale prices from January to August increased: • 10%: Martin, peaking at $495,000 • 17.7%: Indian River and St. Lucie, reaching $345,000 and $317,900, respectively High demand, low supply spurs unprecedented market The boom is creating the emerging “sell and rent” real estate trend among homeowners who are temporarily renting while listing or after selling their properties. Some Treasure Coast homeowners have inquired about this craze, local Realtors told TCPalm, but it might not be the best course of action. “I think any seller that is trying to cash in on this market right now and go into a rental is jumping the gun a little bit,” said Chris Krzemien, treasurer of the Broward, Palm Beaches, and St. Lucie Realtors association. Why sell and rent? Other than monetary gain, there are a few reasons homeowners have cited when deciding to sell and opt for renting, such as: • Having less contingencies • Waiting for the market to cool • Anticipating a housing crash. This is the first time in Lauren Purkey’s 15-year Realtor career that she’s had clients who are OK with selling and temporarily renting, she said. “They’re definitely wanting to jump on the bandwagon and this wave of the highest prices ever and taking the equity out that they can,” said Purkey, with RE/MAX Community based in Stuart. So far, Purkey has moved two Treasure Coast residents into a rental after selling their properties, she said, one signing a year-long lease and the other on a month-to-month basis. Both are now in “a waiting game,” Purkey said, hoping the market cools and it won’t be as difficult to buy the perfect house. Rental rates: Population surge, ‘luxury’ developments catapult prices Krzemien’s clients, on the other hand, have rationalized that renting is an advantage in this competitive market because there are fewer contingencies, compared to homeowners who typically need to sell their current property for the new sale to be legally binding. Homeowners who have the profit from a previous sale can also make a cash offer or have more to put toward a down payment, Krzemien said, which is more attractive to sellers and mortgage lenders. More than anything, though, Krzemien said residents are worried history might repeat itself – as this market mirrors the one right before the 2008 housing crash – but there are no signs that will happen. Unregulated, subprime mortgage loans were the catalyst behind the Great Recession housing crash in 2008, when many people were unable to afford their homes and foreclosures skyrocketed. Lending standards since have improved. Now, the driving force in the market is sheer supply-and-demand increasing prices, which eventually will stabilize, Krzemien said. Should homeowners sell and rent? Clients considering the “sell and rent” strategy have reached out to Krzemien every “once and a while,” and he said he always advises against it. Home prices will continue to rise, he said, even if the market cools. In a few years, homeowners would profit the same, if not more, when selling. The right course of action varies with each client, Purkey said, adding prices in the rental market also are increasing right now. If clients can afford it and are renting only temporarily, she doesn’t think it should have long-term effects. Krzemien disagreed. “Buying a home is the ultimate way to build generational wealth,” he said. “I think selling the home that you’re in and going into a rental is really doing nothing for your financial health in the long run.” Copyright © 2021 Journal Media Group, Treasure Coast Palm Source: Article written by Catie Wegman (OCTOBER 6, 2021) https://www.floridarealtors.org/news-media/news-articles/2021/10/sell-and-rent-trend-emerges-amid-hot-market