Miami nips at NY for title of most expensive housing market

Miami nips at NY for title of most expensive housing market 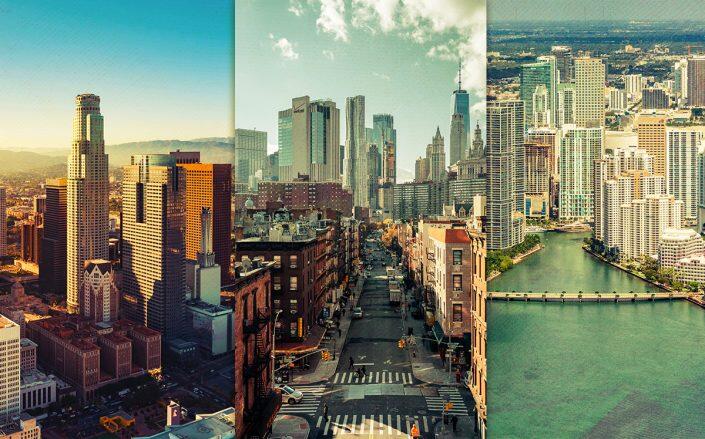 Miami’s housing market has been one of the hottest since the start of the pandemic, as buyers from around the country have descended on the city for added space and warm weather in the WFH world. Strong demand for condos and single-family homes and dwindling supply pushed prices higher, and now Miami has overtaken Los Angeles as the second most expensive housing market in the U.S., according to the latest report from RealtyHop. A household in Miami should expect to pay $2,653 a month toward homeownership costs, or roughly 81.6 percent of median incomes, according to the October index. The monthly report analyzes homeownership affordability across the country’s 100 most populous cities. New York City is still the least affordable large metro in the nation. The average household in New York has to spend 82.2 percent of their income on homeownership costs. But Miami overtook L.A., which ranked second in the September report. RealtyHop’s latest data show the city’s homeownership burden was 81.2 percent, slight dip from the month before. To come up with its rankings, RealtyHop compares a city’s median household income figures to median home listing prices, which the site calculates from its own database. It also factors in local property taxes. In the October index, New York’s median home listing was $958,000, and its median household income was $64,000. Compared to a month earlier, the listing price actually dropped by $9,000. In Miami, the median home listing was $549,000 and the household median income was $39,000. The Magic City also saw a tiny improvement in its affordability score. Still, it narrowly overtook L.A., where the median home listing price was $915,000 — median income was $62,000 — compared to $930,000 the month before. Newark, New Jersey, and Long Beach, California, rounded out the top five of most expensive housing markets in October. Source: https://therealdeal.com/miami/2021/09/28/miami-nips-at-ny-for-title-of-most-expensive-housing-market/